To HELP with the COVID NIGHTMARE: For YOUR "deep sleep and relaxation therapy" my "Mystical Journeys" are now available as FREE Downloads: A $30 value each! PLEASE share (and PLEASE DON'T do it for PROFIT!!). Psychologists and Hypnotherapists consider these "the MOST powerful form of REASSURING relaxation ever experienced". My FREE gift to you in a time of great need. Aloha blessings, Dear Ones…

The Controversy posted by Mike on January 26, 2008

Part of the nature of any “truly effective” new concept is that sometimes cannot help but threaten the “comfort zone” of the old and “familiar”, especially the part of the old that is ‘obsolete’.  In fact the measure of a new idea’s effectiveness can be seen to some degree in this manner.  At the very least the “newness” and uniqueness of the concept can be judged to some further degree in how much it “upsets” the old or established.  When it comes to belief systems this is particularly so, and can be painful. It is our mission statement intent that the healing light and new inspiration of this concept for living and its revolutionary approach to learning will, in that approach and application, assauge and heal those traditional concerns.

With love all things are possible, and this time… this critical time and turning point in all history, “the new idea” must NOT arise out of the “ashes” of the old.

How controversial is Project “Firefly” at it’s core?  How about a refreshing, entirely new slate.  Beginning with the premise that “bleeps” all others:  Psychology may have been, up until now, “the study of what the mind is not”.  “Doctoring” is not healing (Thank GOD, Duke University made the formal announcement on NBC 6 o’clock news, 2008 “Treating symptomology is obsolete”.  Now something new may finally happen in healing!).  And then there is the forbidden zone:  Theology has possibly been until now, the study of what God is not  (not to invalidate religion and precious belief but to consider that the perceptions have been only a glimpse …and at times through an uneducated eye and through the glass darkly).  “Firefly will not predicate any religious view, only “religiously predicate the joy of living and the adventure of new study.”

Controversial as these new premises may sound (and they are only the tip of the new iceberg), we just may now learn something entirely anew, IF we can “unadorn” ourselves and our intellects, lift the preconceived veils from our eyes, and in a new playground setting, reconsider our very mortality …at this, the defining moment and threshold of all history.

We have the resources.  We have enough evidence.  Our tiny University extension, is the opportunity to “pool it all” (under a new, clearer microscope).

“I expect our findings to match, if not excede those of our twin brother,
polar opposite research facility, “the Collider” in Switzerland! (Except, we
will be having a lot more, less dangerous fun for far less investment!)
-Pila of Hawaii

It is time to “embrace bleep”: As for the entire ‘first wave’ and that worn out term, the “New Age”movement, well personally I’ve always wanted to bring the circus to town… all of it, from the ridiculous to the sublime… under “one tent”.  My own little mischeivious dream on the lava, and its own little new thought premise?:  “There has to be a pony in there somewhere”  (from an old joke about attitude and two boys put in a room full of horse poop). -Pia

This page is under construction, Please check back soon, characters welcome. 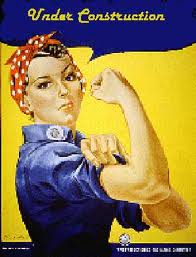